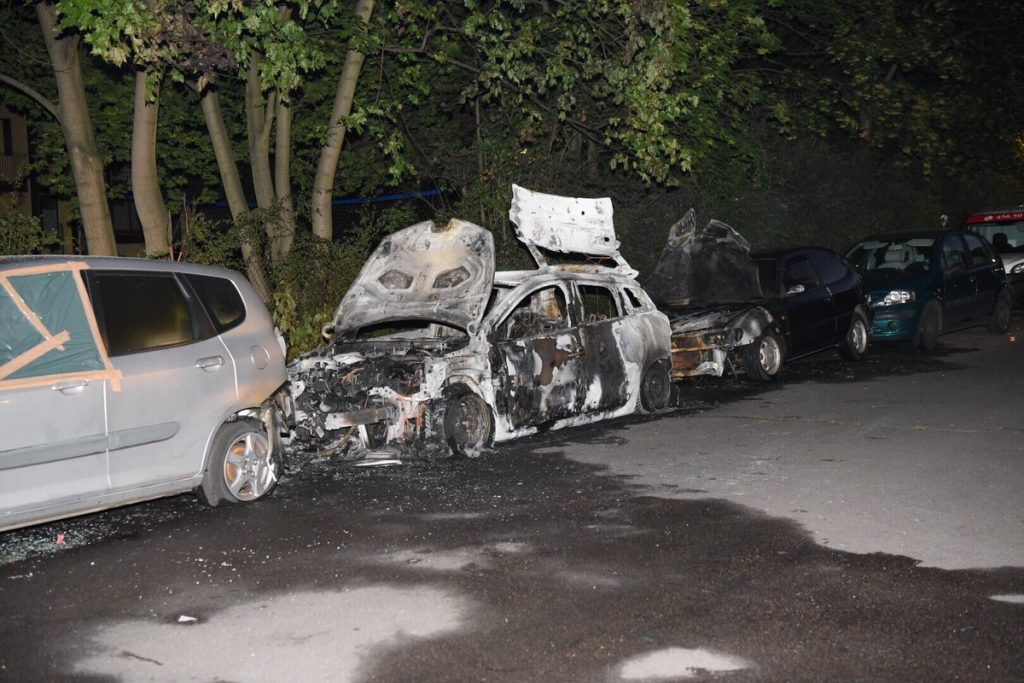 We send love and strength to all the rebellious minds of this world, whose messages, like those in very distant places, who fight against authority and domination, reach us like the greetings of friends.

Our greetings are also filled with hatred for the pigs of the prosecuting authorities, who are constantly trying to prevent us from moving forward by threatening and implementing prison.

These flames were for you, the Park Bench 3.

A brief shiver rand down our spine reading the media reports, as any other group of nocturnal activists could have met the same fate.

The allegations of having planned offenses in connection with the second anniversary of the G20 Summit in Hamburg in 2017 and the corresponding arrests seems to be eating away at the authorities. But the response of the main characters remains restrained. One year ago, they loudly threatened to break up all networked small groups throughout Europe who were responsible for the violent riots. Even though harsh judgements were read in the courts, they now suspect that they have come no closer to this goal, with very few arrests despite their technological tools.

For us, it does not matter what the rulers think they can judge. What should the categories of guilt or innocence cause us to do other than a resigned smile about the propaganda of the state?

A crime is an illegal act for us. That means an act that you are not allowed to do and that you should not even think about within the boundaries of a state. To go beyond this logic, to steal food or to fill up with fuel without paying is part of our everyday life, a way in which we learn to escape this propaganda bit by bit.

What we do is take the pain of the arrest of our comrades as an opportunity to raise awareness of our ongoing struggles:

“Let’s throw everything that stands in the way of a revolutionary utopia onto the rubbish heap of history.” (Hamburg, September 7, 2016: Attack Against COSCO with Smoke, Stones and Paint).

In one of the first calls for militant coordination in the attack against the G20 Summit, Deutsche Telekom found a place as a global player of repression and exploitation. A few month later, in November 2016, this infamy led to the destruction of part of a Telekom fleet in Berlin.

Yesterday another Telekom car was handed over to the flames in Berlin.

For more direct attacks against the sexist, racist and authoritarian social norms!

Our burning hearts overcome the walls!

Love and strength to the imprisoned comrades in Hamburg!